Mr Mitchell came and spoke to the children about his interesting work as an IT developer.

Dr Park kept the children enthralled with his presentation on Technology. 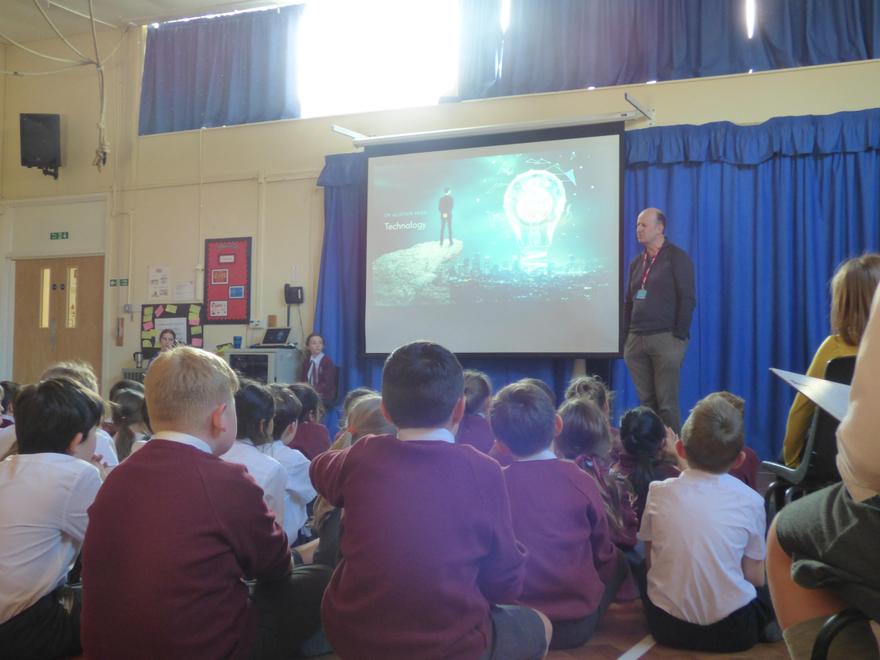 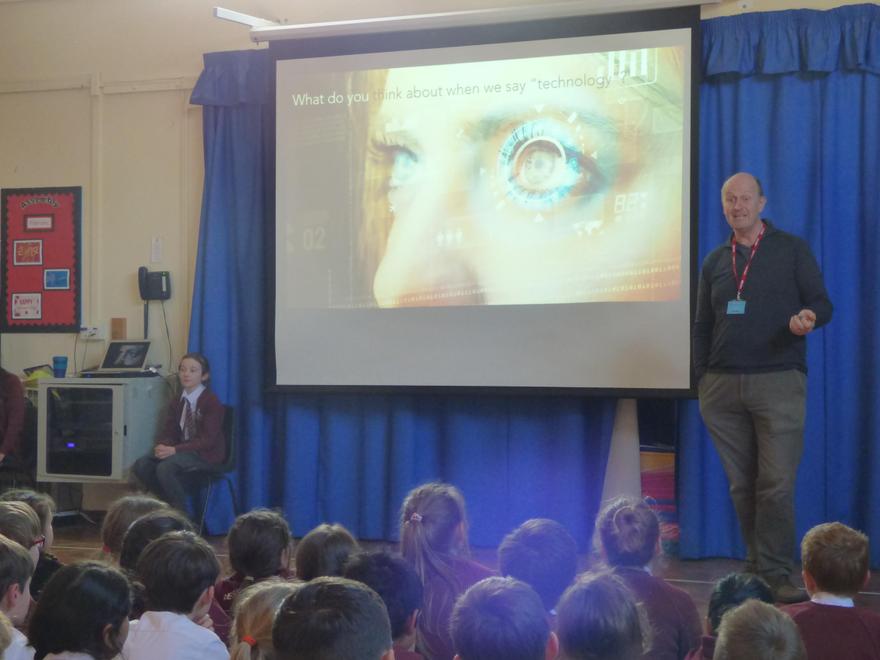 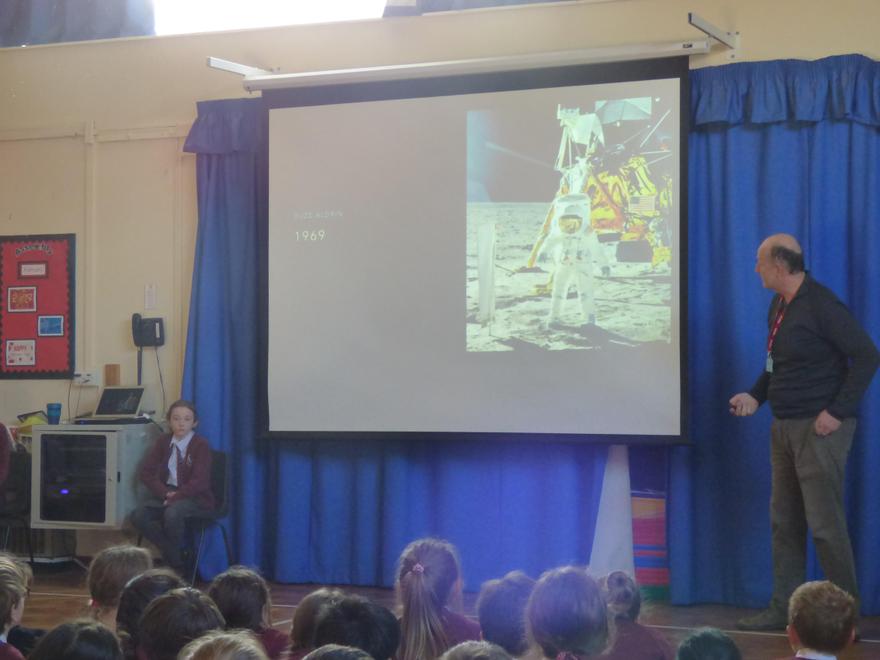 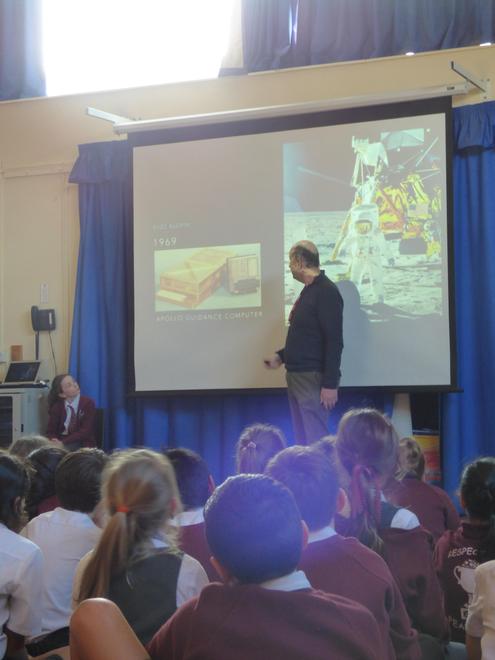 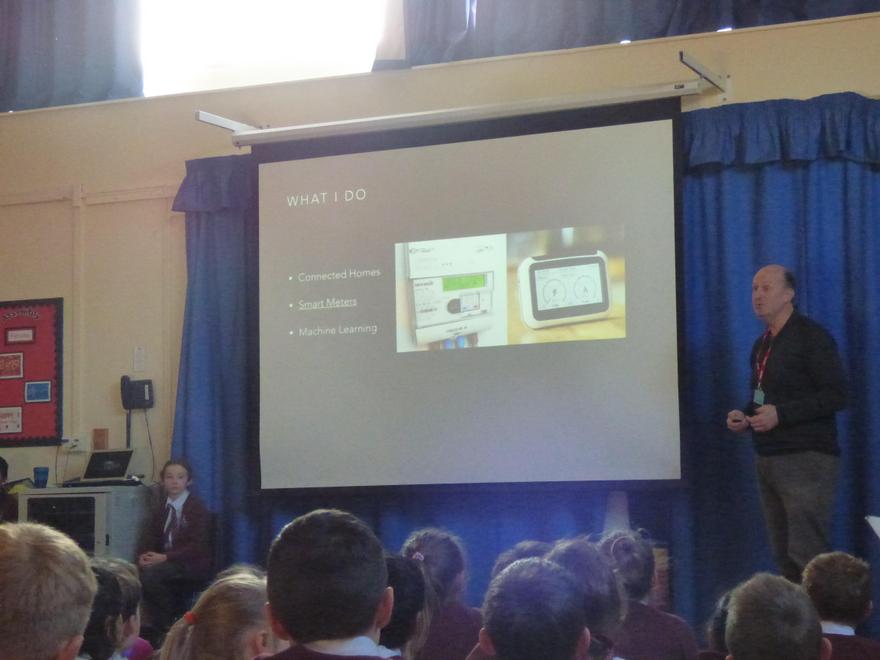 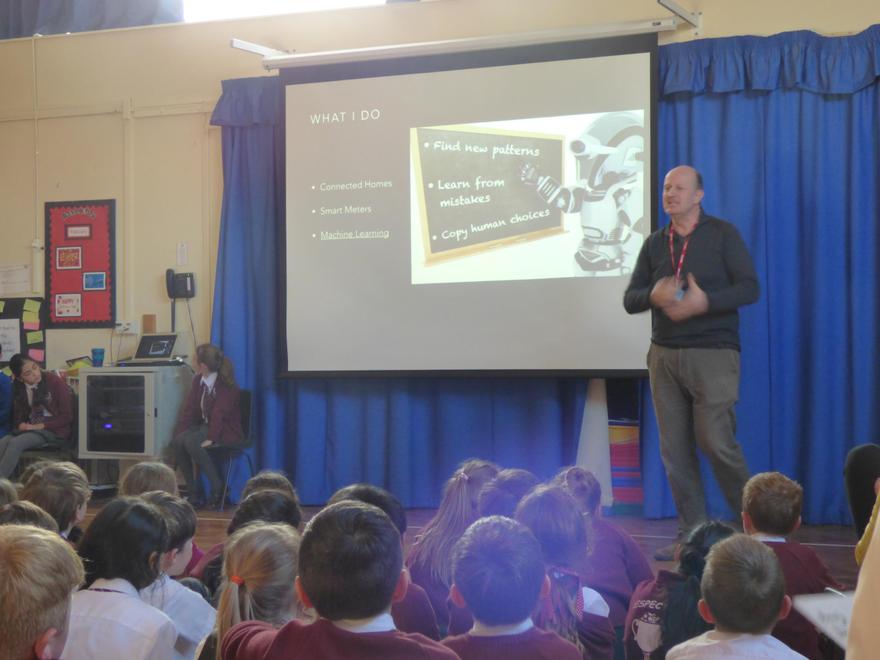 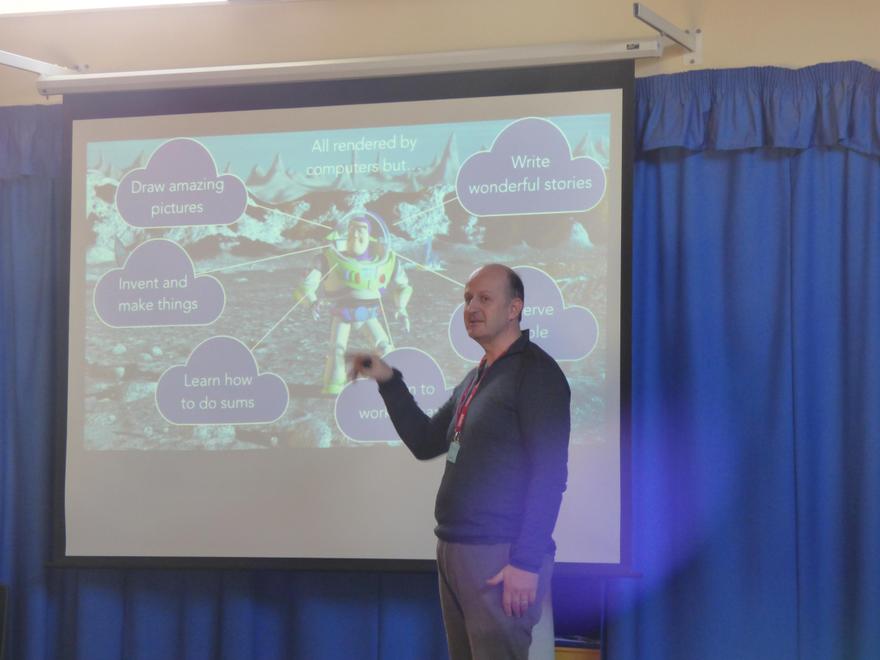 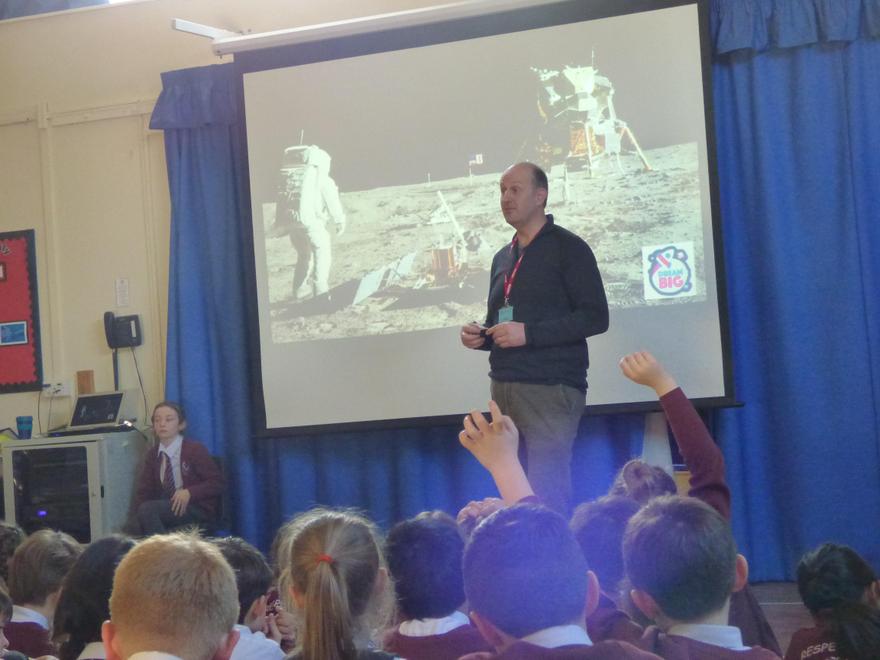 It’s actually quite a daunting task to talk to Primary School children on technology - what will have changed by the time you are in the workplace?

I started by asking them for their ideas…and we got the answers you might expect: it’s about computers, smart phones, iPads. So I showed them what tech was like when I was little, with video of a lunar lander and I how, when I was in nappies, the Apollo Guidance Computer was the most incredibly advanced piece of technology.

With the help of a marble, a bouncy ball and two volunteers, we got some idea of how far those astronauts had to travel from Earth to the Moon and land safely. No wonder only 16 people have ever stood on the moon including Buzz Aldrin - the inspiration for Buzz Lightyear.

They were excited to hear that I’d brought along a computer 20 million times as powerful as the Apollo Guidance Computer. Less so when it turned out to be my iPhone 6.

To find something in the home with the same processing power as the Apollo Guidance Computer, look no further than your washing machine. Technology changes - you wouldn’t really think of a washing machine as technology.

So what does technology look like now? The company I work for is making IoT solutions for the connected home, smart meters as well as doing machine learning projects. To illustrate this, let’s take that iPhone and turn on the heating and some lights in a building 370 miles away. We’re actually just using the phone network and the wi-fi in the building. There are now way more devices (like smart plugs, sensors and, in this case, thermostats), connected to the internet than there are people using the internet. Smart meters are another example. They capture our usage of gas, electricity and water to ensure our bills are accurate. This involves hundreds of thousands of devices around the UK each sending readings and alarms every few minutes.

We then looked at the different types of artificial intelligence from finding patterns in data, to mimicking human choices. This included a very cool video of a machine spotting and rejecting unripe tomatoes and a phenomenal rate. The machine had never seen those particular tomatoes, but it had been shown a great many pictures of unripe tomatoes so that it could recognise them by the colour and then trigger the machine to push them off the production line.

None of these technologies were around was I was at primary school, so how can I advise you on what technology career to have. Let’s ask Buzz. Toy Story was one of the first major computer animation feature films - it took about a week to draw just three minutes of film. Of course it needed lots of computer programmers, but it also needed artists who could draw amazing pictures, musicians, people who could work in teams, do sums, observe people and write wonderful stories.

All things you do at school and all things that the people who worked on this film did at school as well. You just don’t know when these skills will turn out to be really useful because technology will change every job you can think of. For example, we looked at David Hockney painting on an iPad, 3-D interactive maps created from satellite images, shopping being picked by autonomous robots at Ocado, and self-driving cars. So because all of this technology has changed since I was at primary school, if you want to work in tech, be interested in and learn about EVERYTHING.

And remember to Dream BIG.